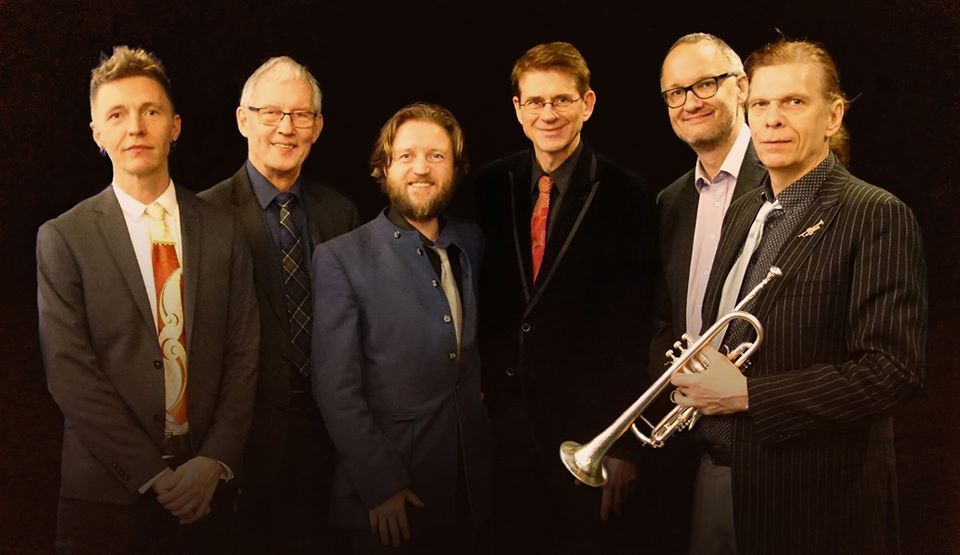 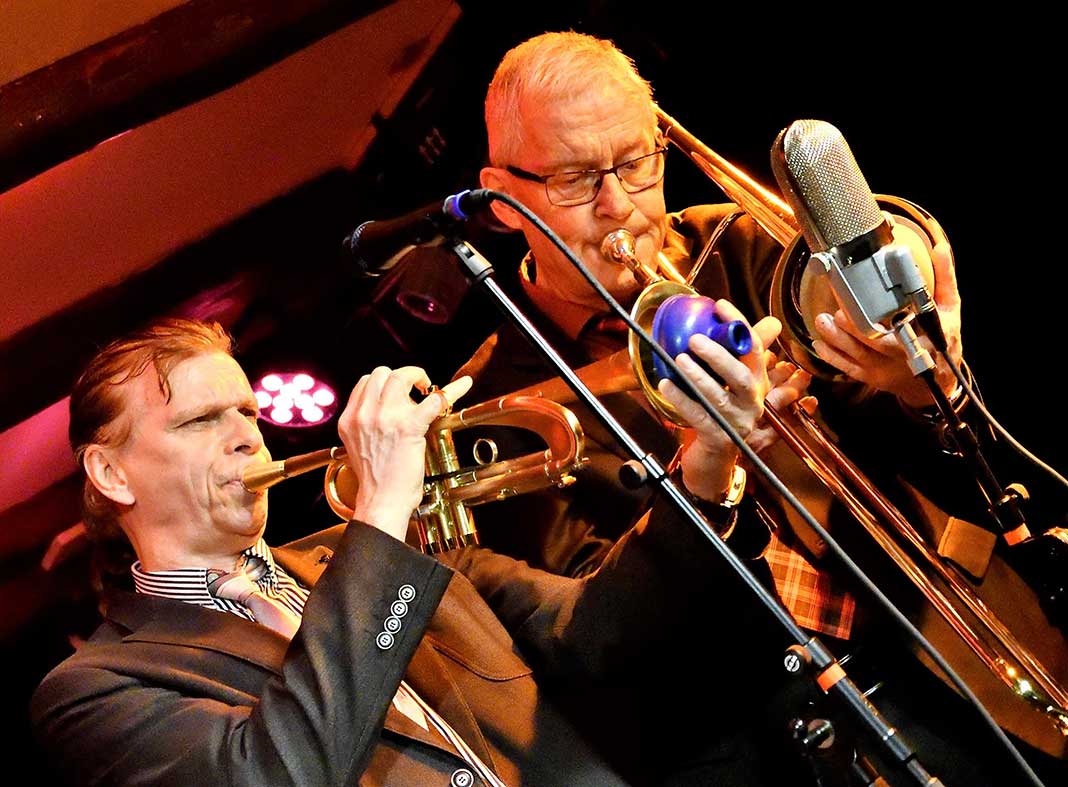 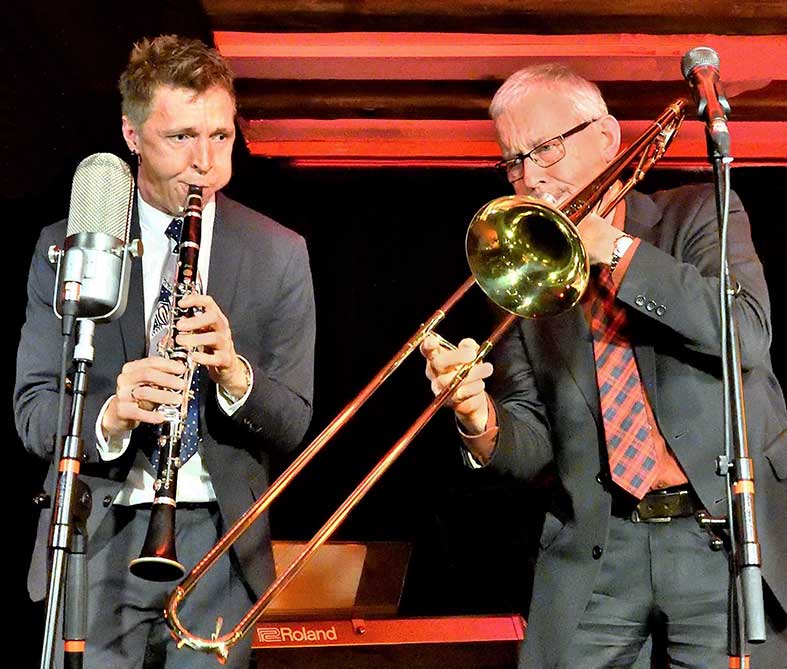 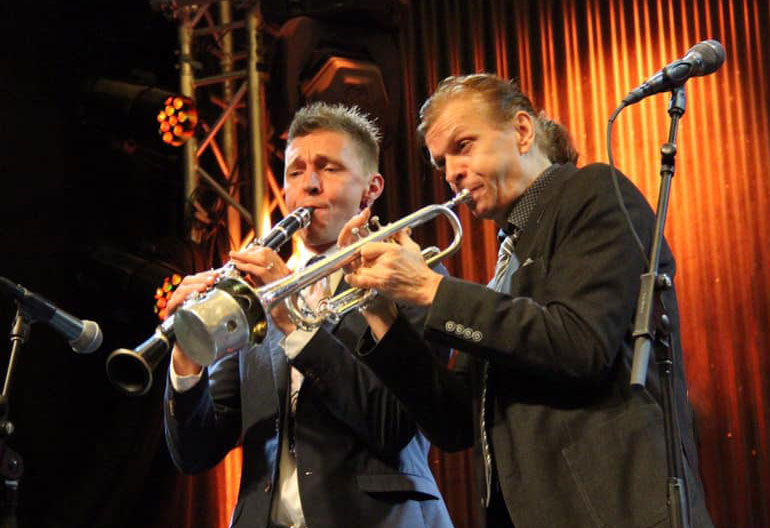 Norbert Susemihl's Joyful Gumbo is an international, Scandinavian based Jazzband with a high standard of musical quality, musicianship and feeling for the music. The band is in high demand and is praised for its concert-performances, receiving enthusiastic audience appreciations and reviews.
The sextet consists of some of Europe’s best jazz musicians on their respective instruments.


Norbert Susemihl’s Joyful Gumbo presents:
”100 Years of Jazz - A Journey into New Orleans Music”
A fascinating musical trip showcasing
the music of the Crescent City.
On this journey you will experience the spirits of
Joe King Oliver, Louis Armstrong, Sidney Bechet, Jelly Roll Morton and other legends from the classical period of jazz.
Of Bunk Johnson and George Lewis, who were the key figures
of the 40s New Orleans Renaissance.
Blues, Gospel and the “Latin Tinge”
The music of the New Orleans Dance Halls
and Preservation Hall.
Rhythm &Blues from Fats Domino to Professor Longhair.
Then going into the 80s and 90s, the contemporary
Brassband Street Music, finally reaching Wynton Marsalis
and the interpretations and variations of the music as
they have developed in New Orleans today.


Norbert Susemihl trumpeter, singer and drummer, has been a traveler in New Orleans music for decades. Performing on international festivals and concerts, he commutes between his second home in New Orleans since now 42 years, his birthplace of Hamburg, and Denmark. In the 70s and 80s in New Orleans, Susemihl made extensive connections with the still living legends of his music, studied their style and learned their concept of music. He has become an integral part of the New Orleans music scene, where he plays about 80 concerts yearly as soloist with the local bands. As a bandleader, he lets his experience flow into numerous projects, building the bridge between traditional New Orleans Jazz, and the music of the new generation, developing it further stylistically. His improvisations and interpretations of the musical material display an ever present melodically approach. With his excellent musicality an dynamic authenticity, he is considered to be one of the leading trumpeters in the New Orleans Style. He has made and produced over 50 recordings, both with his own bands and as soloist with others.


Norbert Susemihl's Joyful Gumbo has an exceptionally wide repertoire of the whole spectrum of music from the
City of Jazz:
Traditional Jazz, Swing, Rhythm & Blues, Calypso, Gospel,
Ragtime, and some funky
Brassband Street and Mardi Gras Music.
The band mixes these styles respectfully and develops new rhythmic directions, all tied together by the bandleaders comprehensive knowledge of the repertoire, composers, culture and context of the musical roots. The band’s unique blend of songs, and their fresh and energetic interpretations, make their performances an inspiring and highly creative musical experience:
Hot & Swinging New Orleans Music 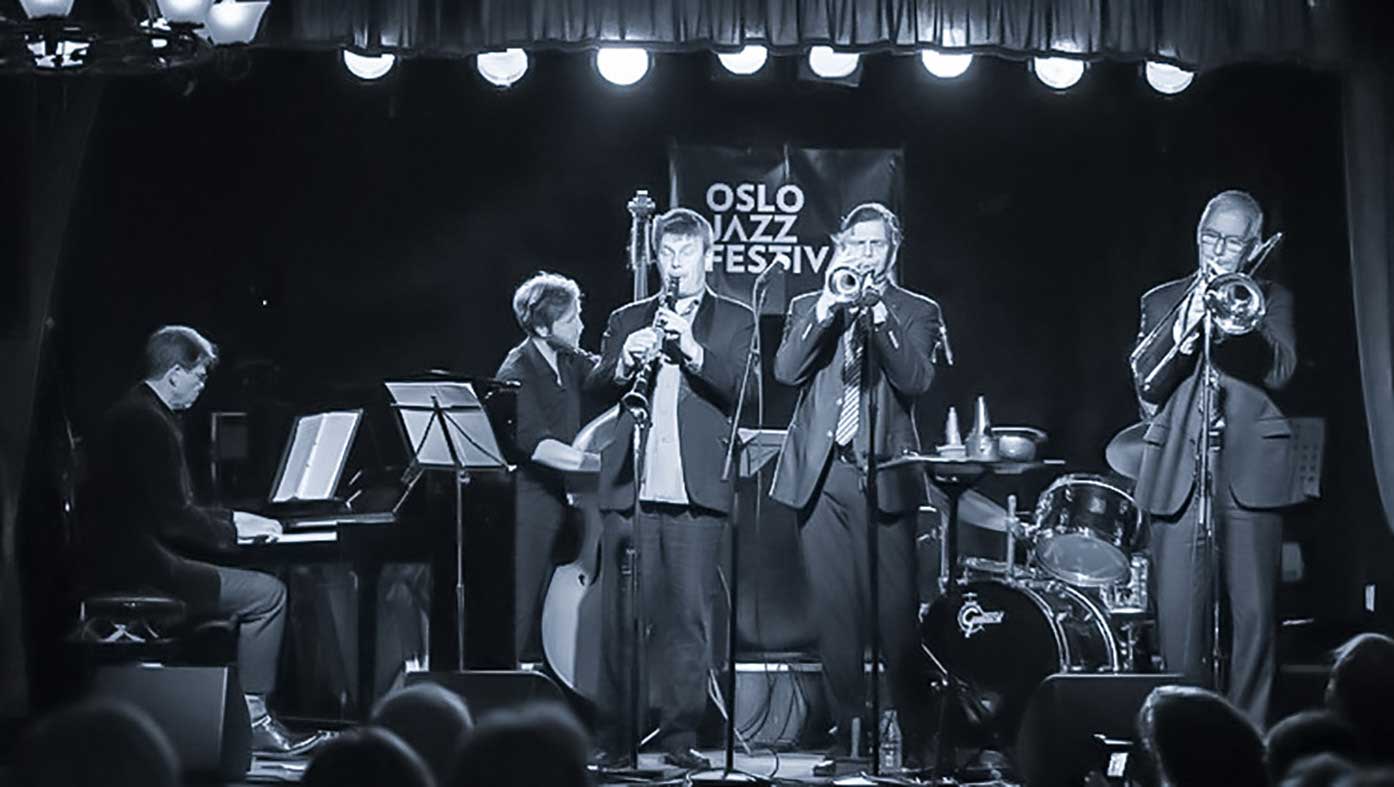 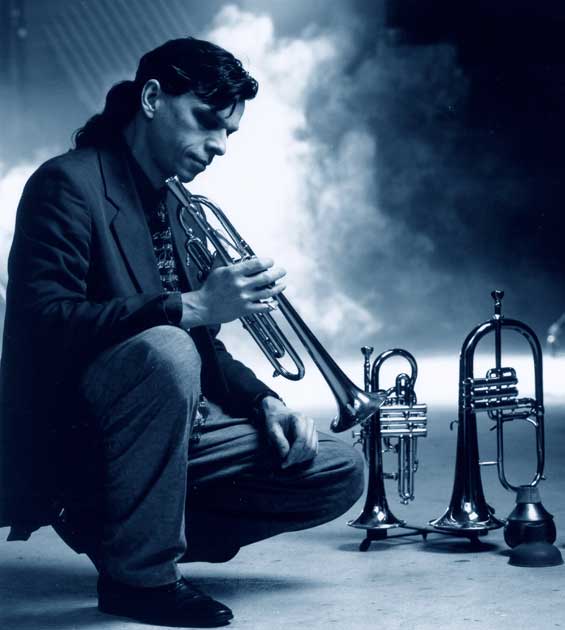 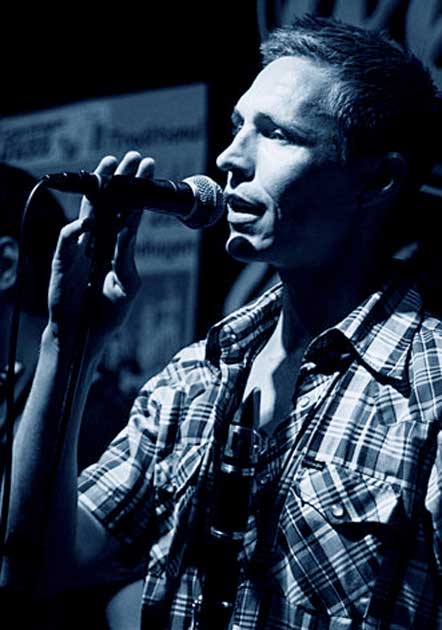 Chris was born in 1978 in Melbourne, Australia. He began playing music at the age of 8 playing piano. When going to high school Chris started the saxophone. After three years he heard the clarinet and was inspired to play clarinet. In his early years he played professionally with Allan Browne New Orleans Rascals, The Yarra Yarra jazz band and The Hoodangers. This gave him a good grounding in playing early jazz music. Chris Tanner came to live in Denmark in the summer of 2009. He had been coming to Europe to play music for the last 10 years. Now living here he has played with many musicians here like Jacob Fischer, Hugo Rasmussen and Ole Fessor Lingren. Chris has also started his own band Chris Tanner’s Rifftet. 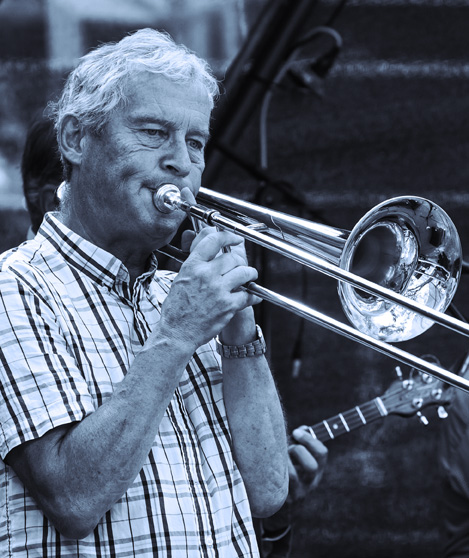 Hans Ingelstam, born 1944 in Stockholm, Sweden, was as a teenager one of the leading youngsters driving the New Orleans revival wave in Stockholm, together with well-known personalities like Orange Kellin and Lars Edegran. At the age of 15 he played a couple of songs with George Lewis in Stockholm, and since then he has played with many visiting American musicians like Albert Nicholas, Bud Freeman, Doc Cheatham and Peanuts Hucko. He has played in leading Swedish bands like Jazz Doctors, Vieux Carre and Jazzin' Jacks, travelling all over the world including 14 tours in USA. Currently, Hans shares his time mainly with Norbert Susemihl, Dixie For You (Danish and Swedish) and his own Quartet. 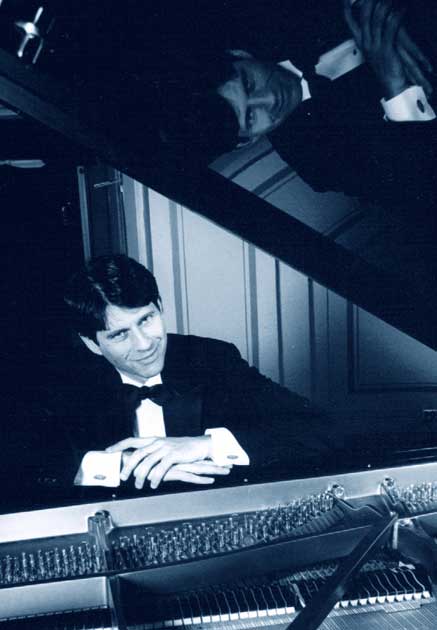 Morten graduated from the Norwegian Acadamy of Music in 1978, having specialized in classic ragtime and early jazz piano, with emphasis on Scott Joplin, Jelly Roll Morton, Eubie Blake, and Louis M. Gottschalk. He recorded his first solo album in 1975 for which he received the ‘Spellemannsprisen’ award (the Norwegian Grammy). He has been a regular member of: Magnolia Jazz Band, Ytre Suloens Jassensemble and The Norwegian Rhythm Kings, and has toured with the New Orleans show One Mo’ Time, where he was also Musical Director. Morten is leading his own Orphelia Ragtime Orchestra and he has also created several musical programs such as Memories of Eubie, based on Eubie Blake’s music, excerpts from Joplin’s Treemonisha, and , in collaboration with American actor/playwright Vernel Bagneris, Jelly Roll-The Music and the Man, which played a highly successful Off Broadway run, receiving two Off Broadway awards and gaining Morten an ‘Obie’ for his role as solo pianist and musical director. He has been widely touring Europe and America, also as a featured soloist. 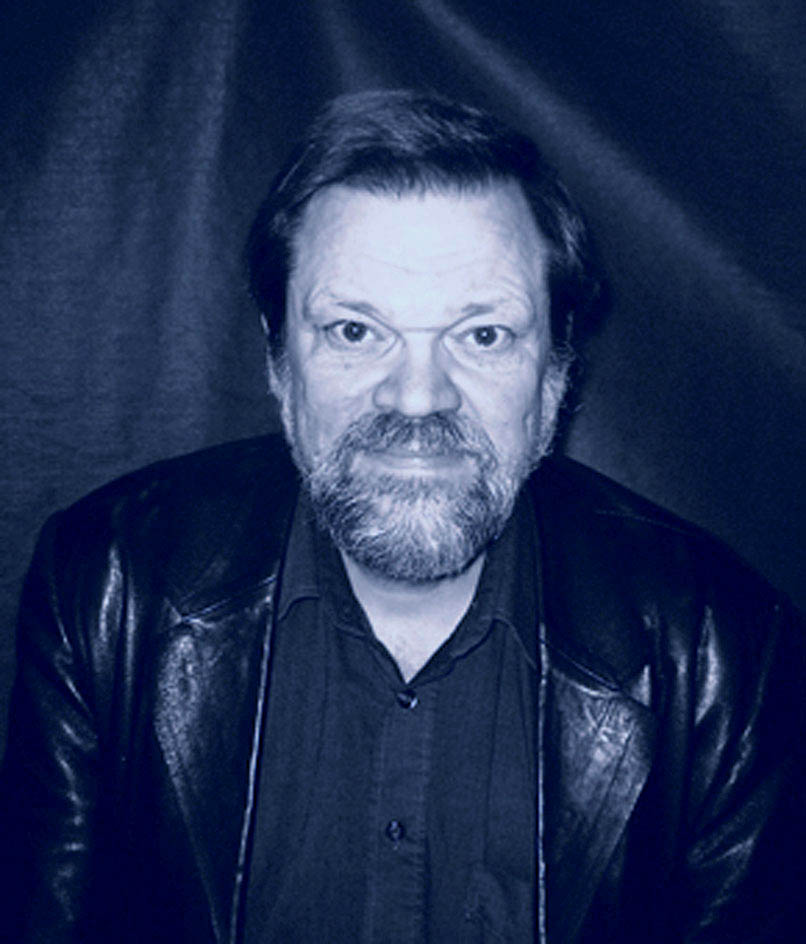 Born 7. September 1950 in Copenhagen, he is the leading Danish piano player in the New Orleans style, covering a wide spectrum of the music. His instrumental, as well as vocal performance have made him a huge musical attraction. His "Fats Domino" salutations are a big part of his sessions with his own band, Hans Knudsen Jumpband. For many years, Knudsen has also been performing with vocalist Lillian Boutte. 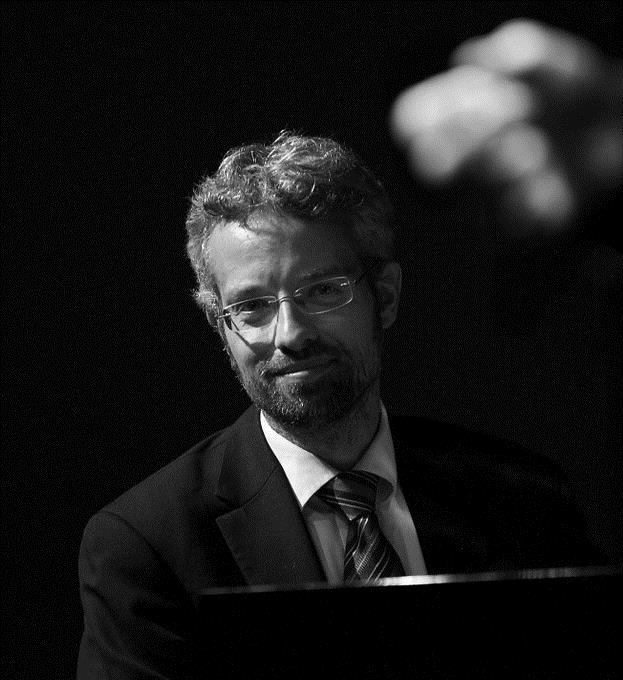 Jan-Hendrik Ehlers was born in 1975 in Bremerhaven/Germany. At the age of 10 he started to study classical piano and 5 years later he discovered Jazz and Swing and this became his passion. After formal studies of music he became a professional musician. Besides the piano, he can also be heard on trombone, trumpet, accordeon and tenorbanjo. Ehlers is one of the leading German jazz-pianists covering a wide stylistic spectrum of the music, while the stridepiano is mostly his main focus. 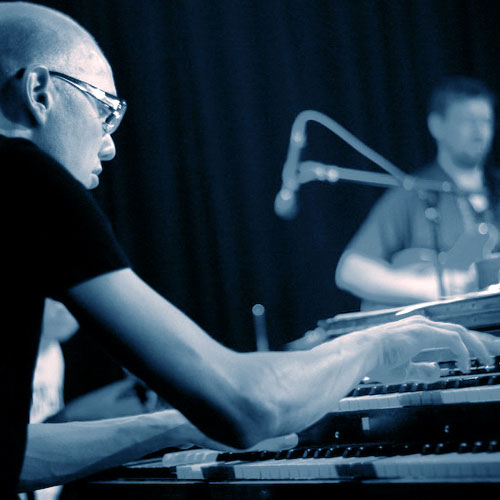 Mads Søndergaard, born in 1978, has studied jazzpiano at the Royal Music Conservatory in Haag and has, since he moved to Copenhagen in 2003, played with a wide variety of musical constellations. Both as sideman and as leader of his own group. He has a very versatile style of playing and swinging the piano, incorporating inspirations from many facetts of New Orleans Music. 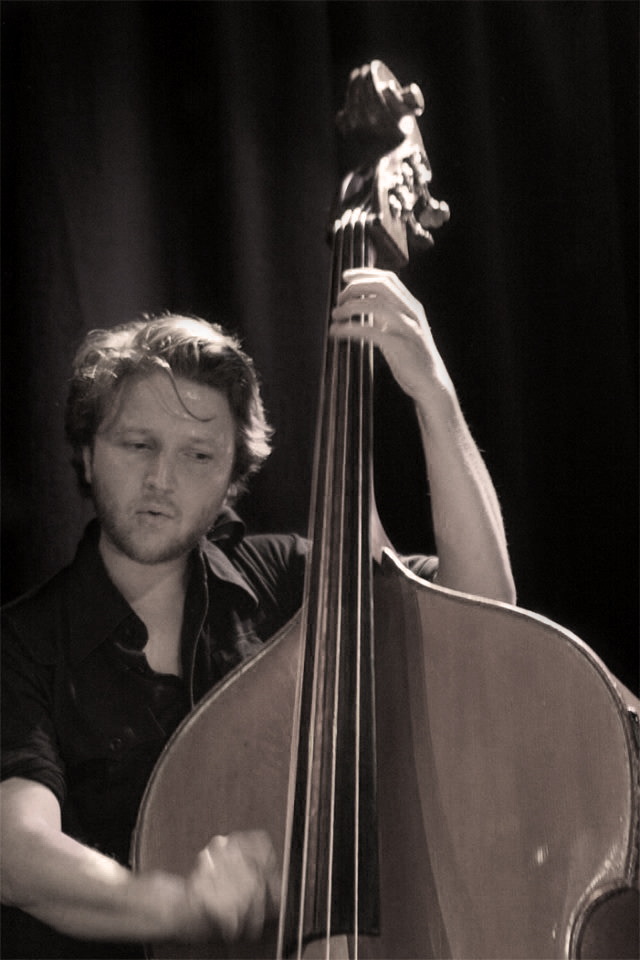 Born in Aarhus in 1978, he started playing e-bass when 12 years old, and contrabass at 19. Today he is playing a rich variety of music, but primary jazz and crossover-projects and also some classical concerts. Jens has been part of over 30 CD productions between 2004 and 2015, and has written music in different genres for many of them. He has been educated at the classical conservatory in Odense, and he has also been teaching in ensemble playing. Jens Kristian Andersen is a great talent on contrabass and an innovative composer. 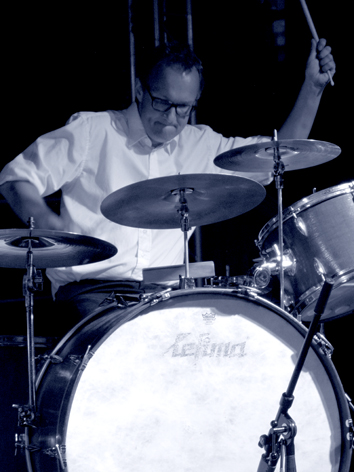 Torstein Ellingsen was born 1966 in Oslo, Norway. As a kid he played piano and cornet, changing to drum set in 1980. For many years he was a member of Caledonia Jazzband, that played on many jazz festivals in Scandinavia, and a.o. recorded with Norbert Susemihl in1991. Since 1999 Torstein has played with the Magnolia Jazzband and has been touring in Europe with such greats as Topsy Chapman and Lillian Boutté. Torstein has also made four recordings with the band. Regarded as the leading New Orleans jazz and gospel drummer in Norway, Torstein is also involved in other active bands that play blues, funk and soul jazz (The Real Thing), and crooner jazz (The Sinatra Songbook). Torstein has collaborated with many of Scandinavia’s leading traditional jazz artists, including Morten Gunnar Larsen, Georg Reiss and Orange Kellin. 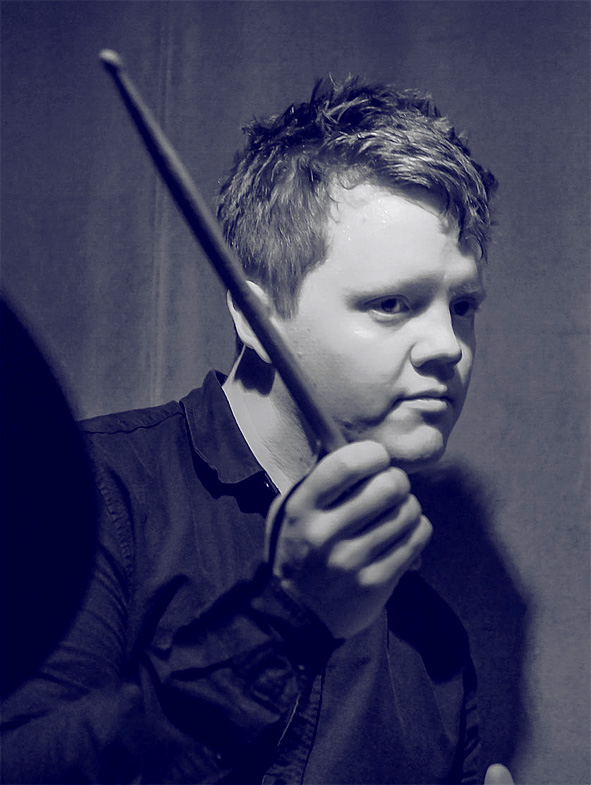 Born into a musical family, Andreas Svendsen (b. 1989) began playing the drums at the age of 3 and quickly developed a strong passion for music. He went to the famous musical high school Sankt Annae Gumnasium and later got his Bachelor's degree in music performance at the Rhythmic Conservatory of Music in Copenhagen in 2013. Then he relocated to New York City to study at the prestigious Manhattan School of Music where he graduated as a Master of Music in 2016. After 3 years in New York, Svendsen has developed many strong working relationships with artists that have brought him around the world, performing with prominent names such as Eric Reed, Jeremy Pelt and Danny Grissett. Throughout the years, Svendsen has studied with many of the greatest drummers of jazz including Ed Thigpen, Kenny Washington, Gregory Hutchinson, Bill Stewart, Rodney Green and many others. Svendsen has made several trips to New Orleans and has studied the variety of the outstanding rhythms of the city of Jazz, which he masters and plays perfectly, making him a splendid contributor to Joyful Gumbo. 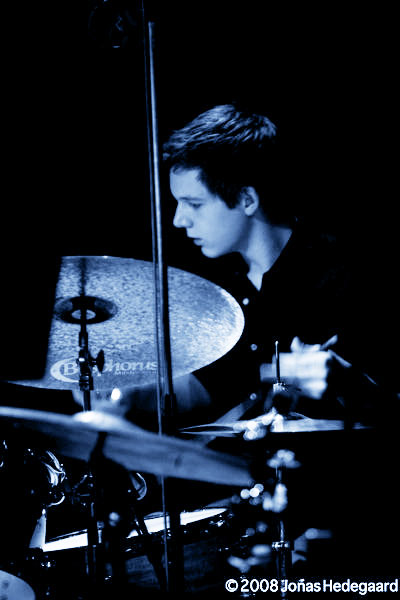 In spite of his young age (born 1990) Niclas Bardeleben is a very experienced and most accomplished drummer who has won wide recognition amongst critics and fellow musicians. Kjeld Frandsen, the jazz critic at the Danish national daily newspaper Berlingske, stated: "Problems were not his field. He played totally effortlessly - with fine nuances and a fantastic overview". And after playing with Niclas, the Grammy Award winning US trumpeter Brian Lynch stated: "Niclas is going to be one of the best drummers on the scene very quickly". Niclas has been the house drummer of Copenhagen's legendary Jazzhus Montmartre since the reopening in May 2010. He has performed for the Danish royal family on several occasions, and has appeared with such artists as Gino Vannelli(Canada), David Sanborn (USA), Niels Lan Doky (DK) Chris Minh Doky (Denmark), Didier Lockwood (France), Pierre Boussaguet (France), Alice Ricciardi (Italy), Brian Lynch (USA), Paolo Russo (Italy), Jesper Lundgaard (Denmark), Gerard Presencer (U.K.)